As many as 3,000 families displaced by the crisis in Marawi City and around 300 soldiers injured by ongoing military operations received relief goods provided by BDO Foundation, the corporate social responsibility arm of BDO Unibank, as part of its disaster response advocacy and commitment to serve communities affected byarmed conflict.

Around 35 Ako ang Saklay volunteers distributed the relief goods containing food and water to families staying in evacuation centers in Lanao del Norte. The volunteers also reached out to soldiers and police personnel in camps in Marawi City, Lanao del Sur. Food packs were handed out in Amai Pakpak Medical Center in Marawi, where wounded soldiers and civilians were confined for treatment.

In support of BDO Foundation’s relief efforts in Mindanao, volunteers from BDO branches in Butuan City also distributed school supplies to an estimated 180 children from Marawi who transferred to schools in Butuan City.

According to BDO Foundation president Mario Deriquito, “Our relief operations and corporate citizenship programs in Mindanao are part of our disaster response advocacy in the region.” Prior to the Marawi City relief operations, the foundation completed the rehabilitation of two rural health units in North Cotabato and Surigao del Sur.

“As the humanitarian crisis in Marawi continues, people in evacuation centers as well as home-based evacuees will continue to depend on the generosity of others to help them cope with the situation. In response, BDO Foundation will continue to help them,” Deriquito underscored. “We will find ways to pursue projects that benefit Mindanaoans affected by armed conflict.”

As part of relief operations organized by BDO Foundation, volunteers of Catholic organization Ako ang Saklay Inc. distributed relief goods to thousands of evacuees affected by the Marawi crisis as well as police and military personnel stationed in the city. 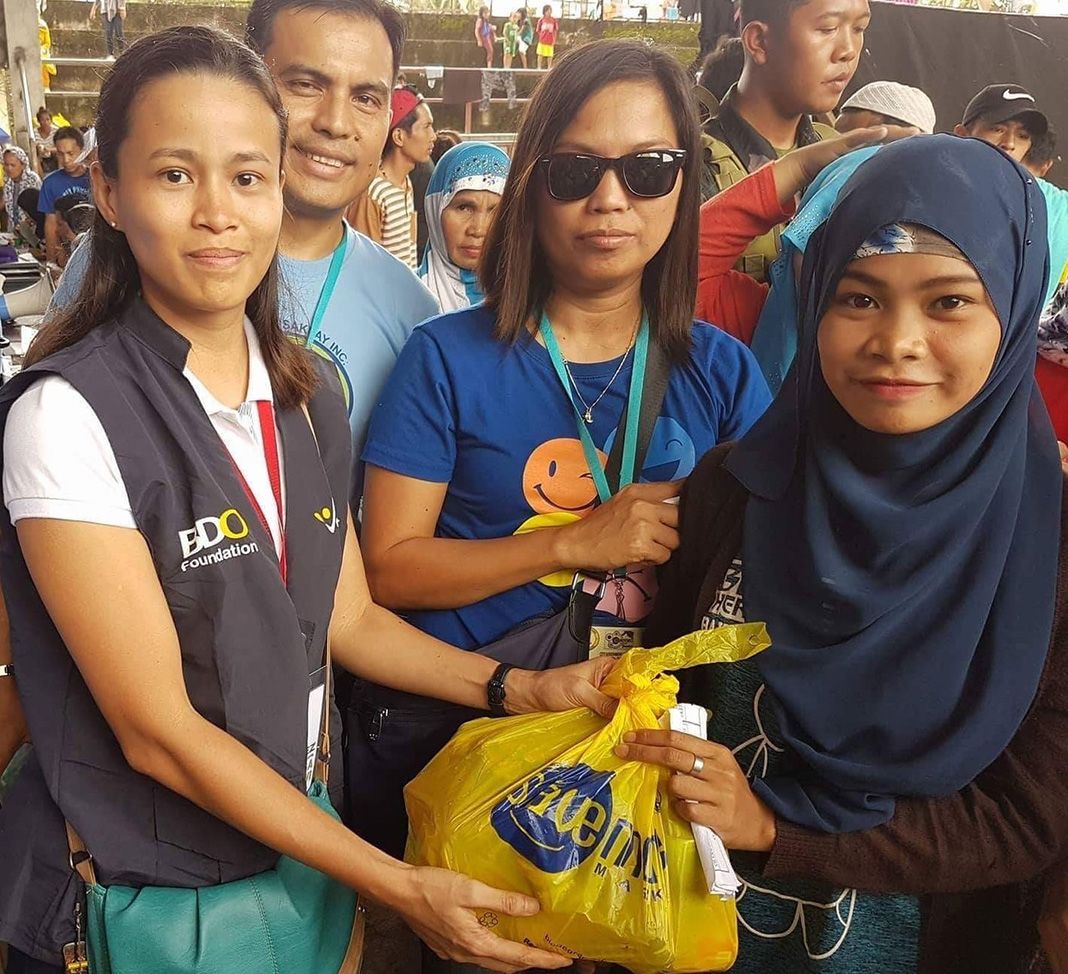