The Bankers Association of the Philippines (BAP) is the lead organization of universal and commercial banks in the Philippines consisting of forty-four member banks (44); twenty (20) of which are local banks and twenty-four (24) are foreign bank branches.

Established on March 29, 1949, the BAP was created to frame rules and regulations in cooperation with the Central Bank that will increase the efficiency and effectiveness of banking services to the community; work in cooperation with other similar associations as the need arises to achieve this goal; pool and circulate relevant information to members; appear before any legislative, executive or regulatory body; and, work with any legal body for the consideration, formulation, amendment or alteration of any law relating to banks and banking.

The BAP was officially incorporated as a duly Securities and Exchange Commission (SEC)-registered corporate entity on August 24, 1964. Then and now, the BAP was an active participant and contributor to most important milestones in the nation’s banking and financial history. It continues to be at the forefront of instituting reforms and introducing global best practices for a strong and efficient industry. As banking volume grows, the complexity of transactions evolve and integration of markets unfold, the BAP played varied and challenging roles in designing solutions in tandem with the regulators and other economic players for continued financial stability as well as the economic development of the country.

Since 1976, the BAP plays a significant role in the Association of Southeast Asian Nations (ASEAN). As a member of the ASEAN Bankers Association (ABA) and chair of the Permanent Committee in Banking Education, the BAP is committed to support the training programs of the ABA members, particularly the national banking associations of emerging economies in the region.

The BAP Credit Bureau was established on March 10, 1990 and the BAP Credit Guaranty Corporation was created on June 14, 1990 to address the credit needs of small and medium scale Filipino enterprises.

To develop the Philippine capital markets and to further deepen and promote a robust banking system, the BAP Market Reforms Project started to work on various financial market reforms in the areas of fixed income, foreign exchange, derivatives and asset management. The market reforms project resulted to the creation of the Fixed Income Exchange. The BAP then organized the BAP Consulting Inc. in April 2002, the precursor to the Philippine Dealing System (PDS) Group comprising the Philippine Dealing Exchange Corp. (PDEx), Philippine Securities Settlement Corp, (PSSC) and Philippine Depository Trust Corp. (PDTC). Eventually, together with the trading of the fixed income securities, the PDS foreign exchange spot trading was migrated into the PDEx trading system.

To date, the BAP continues its mission to ensure public trust and to push for policies that will improve and protect the welfare of the entire Philippine banking industry and its stakeholders. 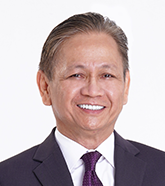 Message from the President

Our warmest greetings and welcome to the official website of the Bankers Association of the Philippines.

For more than 70 years, the BAP has been a passionate advocate for a stable and responsive banking sector as an important pillar of the Philippine economy that will ultimately benefit all Filipinos. The BAP continues to work as a reliable partner of the Government in helping ensure an efficient and stable financial system. These efforts aim to foster financial innovations and help policymakers in their work to design economic and financial policies and the corresponding implementing rules and regulations towards attaining the country’s growth and development objectives.

This website aims to provide market information, updates on banking and finance, as well as the organization's activities and advocacies. We hope that you will find the website relevant.

Thank you for visiting and for your interest in the BAP.